Books That Will Introduce You To The Beauty Of Hinduism 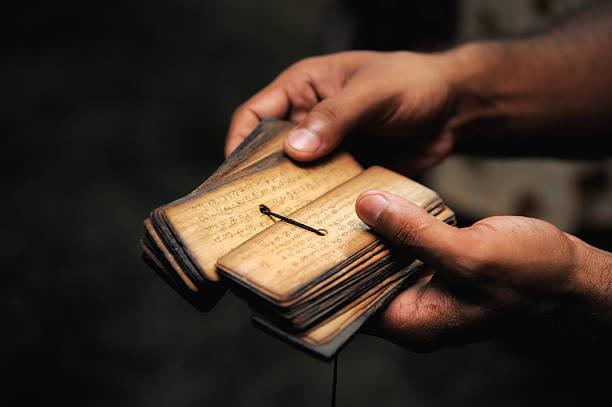 Hinduism is the oldest religion in the world, can be really difficult to both understand and define. One can’t name any of the Hindu holy books as the primary text for the religion or call any book to be the one that can sum up the basic thought of the religion. What people identify as “Hinduism” today is mainly a collection of some different ideas, philosophies, teachings, and also traditions.

Srimad Bhagavad Gita or the Divine Song of the Lord is one of the most popular and one of the most influential texts in Hinduism or Hindu philosophy. It is a collection of dialogues that involves the characters of Lord Krishna and the Kshatriya prince Arjuna. It has 700 verses in eighteen chapters that are described in a specific chapter of Mahabharata. Holy Gita is a unique book of some important instructions as to how every human can easily come to live the important philosophies and principles of Vedanta in their actual life and world.

The Mahabharata is the holy book that is not just religious but also the best source of knowledge about Indian culture and society. This book provides key information on how Hinduism developed itself. It is also regarded by Hindus as an important text regarding dharma or Hindu moral laws and also a powerful history of Hinduism. It is the text that tells us in detail about the socio-economic as well as religious construction of Indian society. There are enough mythological and real data about the entire Indian society. Revolving around the ruling groups of the Kauravas and Pandavas, The Mahabharata is one of the most interesting texts that tell us about India and Hinduism in details.

The Ramayana is a Sanskrit epic of ancient times that follows the story of Prince Rama’s search and struggle to rescue his wife Sita from King Ravana with the help of a big army of monkeys.

Comprising 24,000 verses in seven cantos, this great epic consists of the teachings of many ancient Hindu sages. As one of the most crucial Hindu holy books of ancient India, it has greatly influenced the art and culture of India and also South East Asia, with some versions of this story also taking part in Buddhism from the early dates.

The story of Rama has been retold constantly in various poetic and dramatic versions by some of the greatest writers of India and also in various attractive sculptures on some temple walls.

How to Know God: By Patanjali

The Yoga Aphorisms by Patanjali is a work related to the yoga and meditation. One can easily use this aphorism and know about the methods of controlling the mind. It also teaches the methods of achieving proper peace of mind and freedom of soul. Although the mentioned ways are really old, they are still as useful today as they were in those times.

So, all of these Hindu holy books are really important for you if you want to know about Hinduism and the faiths of the Hindus.

What Are the Top Reasons To Go Into Business?

How To Retain The Best Talent In A Competitive Cybersecurity Market

Are Subscription Services for Games Worth It? A...

Top 6 Factors to Consider When Choosing a...

What are the tips for picking the best...

Popular characteristics of the best dining tables on...

6 Online Gift Cards You Can Reward your...

3 Reasons Why Outdoor Jackets is One of...

Bid Goodbye To Stubborn Pimples And Acne With...

5 Mistakes to Avoid When Creating a Farmhouse-Style...

Things to consider before Getting Home appliances on...

Why Should You Hire Professionals to Clean...

Are Subscription Services for Games Worth It?...

4 Essentials for Traveling by Car