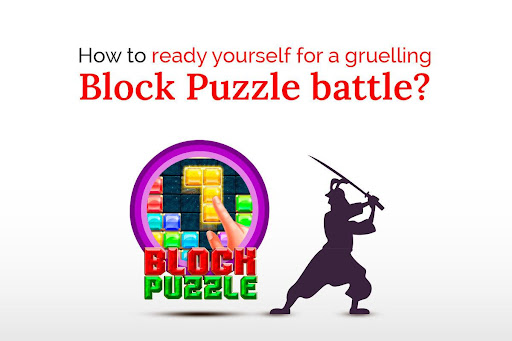 Playing online puzzle games is one of the best ways for individuals to blow off steam and exercise their brain’s creative muscles. Online puzzle games have been popular among the masses for quite some time now. According to Wikipedia, Tetris was a puzzle video game that revolutionized the gaming industry. It paved the way for the majority of the popular puzzle-based video games that gamers indulge in today. Numerous popular online puzzle games are readily available for enthusiasts. One of the most widely-played puzzle games is Block Puzzle.

Furthermore, the game also features tons of additional features and tweaks that offer players an immersive gaming experience. To know more about the puzzle game and its features, click here.

In a multiplayer game of Block Puzzle, players should have the right strategies and tactics to overpower their opponent and clinch the victory. Here are some tips and strategies following which players can dive into a Block Puzzle game all ready to emerge victoriously:

To get ready for an intense Block Puzzle game, players should first know about all the game’s controls. If they do not know how to use the controls, they will lose the match no matter how many good strategies and tactics they have. Since the controls in the online game are touch-based, players can easily learn about them.

One of the best ways to improve at Block Puzzle, or any other game or activity, is to indulge in regular practice sessions. If players have enough practice, they can conveniently defeat their opponent, irrespective of how talented or gifted the latter is at the game. Practicing Block Puzzle regularly can significantly help improve a player’s skills. Moreover, by facing different in-game scenarios, players can develop useful tactics and strategies that may come in handy during an actual game against a skilled opponent. By trying different play styles, players can assess what works for them and what does not. Furthermore, they can also search the Internet for tutorials on getting better at the game and implement the methods in practice sessions to determine whether they are useful.

Since Block Puzzle games are very fast-paced, it might not be the best idea to play solely on intuition. Even though there may arise situations in a game of Block Puzzle where a player may need to come up with a solution instantly, a player should have some preset tactics and strategies in their pocket to be as efficient in the game as possible. Here are some basic strategies that players should follow to enhance their chances of winning the game:

Emphasize Creating Lines – Besides fitting blocks on the board, players should also deviate some attention towards forming horizontal and vertical lines. Once the lines are created, players should focus on clearing them strategically since it will help them garner more points.

Try Neutralizing Multiple Rows and Columns – In most games, clearing out multiple rows and columns gets the extra player points. The higher the score, the better chance a player has at winning the game. Hence, players should try clearing out multiple rows and columns at once by carefully assessing the blocks on the board and effectively placing newer blocks.

A Block Puzzle game can get tedious, especially if it lasts longer than anticipated. However, players should not lose sight of their ultimate goal to win the game. They should not start placing blocks randomly on the board to finish the game. Doing so will spoil their board’s formation and sabotage their chances of winning the game. Hence, players should be patient and focused throughout the match, irrespective of how long the match takes to win.

Before every major Block Puzzle game, players should try clearing their hands and getting rid of distracting thoughts. Having utmost focus during a game is immensely important since players need to concentrate on the formation of the blocks to place them so that it does not sabotage the structure of the entire board. Hence, players should take some time off to clear their heads and relax before jumping into the game.

Being fully prepared before diving into any Block Puzzle game provides players an unparalleled advantage over their opponents. By following the tips mentioned above, players can ensure that they are fully ready to take on their opponents in an intense game.

Why Choose 918Kiss? Read The Article To Find Out!